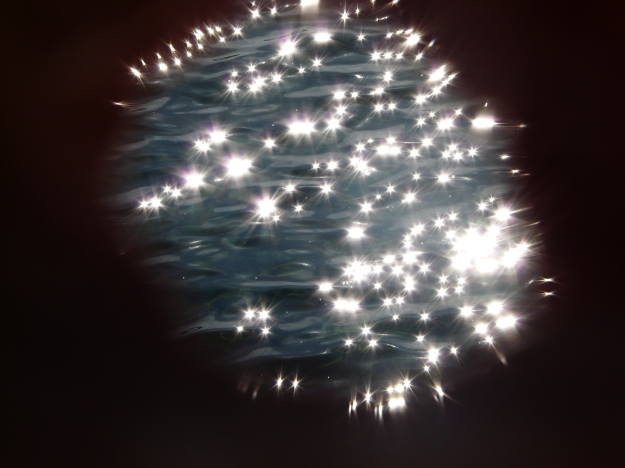 A dear friend of mine told me about a great and simple idea, that got me really excited. She told me that she changed the title of her ‘To Do List’ to ‘Possibilities‘. As soon as I heard this, my whole being lit up. Wow! Imagine for a moment the word ‘Possibilities’ at the top of your To Do List!  For me it changes the whole vibration of it and it brought instant joy instead of resistance.

Now all of a sudden, rather than having endless tasks before me, I have all these possibilities to dance with. All I have to do is choose one. Another important part for me is that it allows me follow my own natural rhythm and choose something that I actually want to do in the moment.

Instead of feeling like I will never get it all done, I now allow myself to also add things that are fun or nourish me in some way but never find the time to do. And no, I don’t just choose the fun things. For me it has changed the mundane or what feels like work into fun. I actually chose cleaning and doing laundry when it felt like the natural thing to do in that moment and to my surprise even finished a few tasks that have been on my list for a very long time.

So interesting how much power words have….and for me the word ‘Possibilities’ has enormous power. It’s worth a try…

Owl was calling softly the other night as I stepped outside with a dishpan full of dirty water for the thirsty flowers and trees. Listening to the haunting call for a while, I stood there with the now empty dishpan in my hand. I had asked owl to come the night my dog Frodo died. Here she was now a week later on the other side of the bay hooting loudly and persistently. I wondered what she was trying to tell me. Perhaps that he had made it home alright. As soon as I had that thought, owl fell silent. It felt like a confirmation, she had delivered her message.

He left in the night before the Lunar Eclipse full moon. Even though we knew it was his time, it was still not easy to let him go.

I am so grateful he died at home and I was able to be by his side as he made that transition. It felt like he was labouring, birthing himself into another world. Day and night blurred together as I sat with him, holding him. No, it was not easy to see him struggle, part of him perhaps wanting to stay for me, the other ready to leave. Exhausted I feel asleep beside him in the early hours after the moon had risen and woke up with a start. I knew instantly that he had gone.

It will take a while to get used to him not being here. Fifteen years is a long time and I am so very grateful for every moment. There is an emptiness in the house and inside me, that is not easy to describe. But most people know what that emptiness feels like after losing a beloved pet or person in their lives. 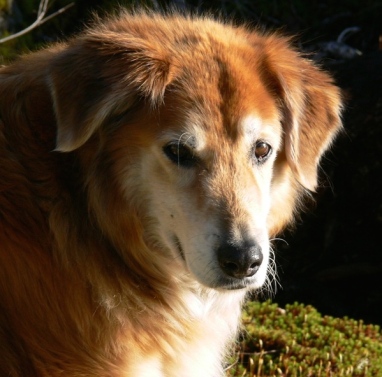 There have been so many beautiful signs from beyond since then, that even though there is sadness and grieving, there is also a knowing that he is well and free wherever he is now.

I want to mention some of these signs, because for me it is one of the most comforting things at this time and also one of the greatest gifts.

These little messages from beyond included the many heart rocks I found while digging his grave, to let me know this is the perfect spot for my friend. We were guided to bury many meaningful objects with him and this made the ceremony we held for him extra special.  Then there were the two eagle wing feathers I found while walking on two different days and paths, both within a week of his passing. One is from a left wing and one from a right wing and both are the same size. These were the first eagle feathers I have found here on Cortes and it felt so perfect to have one from each wing. Another deeply moving experience was a dream I had a few days after Frodo left. In the dream he and I were going for our last walk together, crossing over a large bridge. Frodo ran ahead of me and into traffic. As a young woman was holding him, I watched myself walk towards them knowing he was gone. I felt strangely comforted by this dream and grateful for that last walk together. On another day I spontaneously decided to go for a hike after work. So many memories came up for me during that hike of the many adventures Frodo and I had shared over the years. It felt so strange to be hiking without him, when suddenly this beautiful lit up dead leaf caught my attention. As I took a closer look, I instantly felt his golden presence.

Today when I sat down to write this, I noticed a little bird sitting on the big heart rock outside my window chirping away while hopping exuberantly. It made me laugh like Frodo used to do, when he did his crazy runs through the forest running in circles and figure eights around the trees as fast as he could for the sheer joy of it. I thanked my little messenger for her sweet and potent encouragement to write again. It may not be a coincidence that the heavy rain that fell while writing this match the tears that are falling on my fingers.

Death is not extinguishing the light,
it is only putting out the lamp
because the dawn has come.